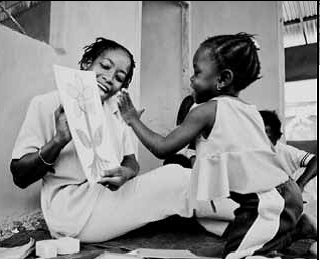 Care is a series of activities, goods and relations aimed to people’s everyday welfare and that operates at various levels, including material, economic, moral and emotional. It is ranging from the provision of goods essential to life, such as food, shelter, cleanliness, health and assistance, to the support and the transmission of knowledge, social values ​​and practice. Care is a key pillar of people’s welfare throughout the life cycle. In other words, if care needs were unsatisfied, the society could not reproduce itself, so it could be considered as a public good. While many institutions have been traditionally involved in caregiving tasks, including the State, the market and communities, families have been the key player in this work, and in these, women have been in charge. The need of childcare in Latin America, especially in early childhood, does not meet currently a government response through public policies, neither from the market, since the supply is highly segmented, nor by men who continue resolutely without entering the private and domestic issue. The almost exclusive women unpaid work constitutes in many cases a barrier to access the labor market or quality jobs and decision-making, while the current asymmetrical arrangements constitute a factor of intergenerational reproduction of poverty, as ECLAC highlighted in 2010. The social organization of the household works, including care, shows that, according to time-use surveys in several countries in the region, women not only spend more hours at this work but as they work also with formal jobs, the total work time is longer for women than for men. This indicates the maintenance of iron structures of gender inequality and barriers to the enjoyment of economic rights of women.