The ‘Convention on the Rights of Persons with Disabilities’, promulgated by the UN Assembly in 2006, has as its objective the promotion, protection, and guarantee of full and equal enjoyment of all human rights for all persons with disabilities, and is considered to be the first Human Rights Treaty of the 21st century. This constitutes an historic event whose significance in Latin American countries has not been fully evaluated as yet.

The product of intense, in-depth debates between the people with disabilities themselves, their organisations, experts on the subject, and representatives from governments with United Nations membership, it represents a radical change to the concept of disability, which, from this moment on, focuses on the Rights Approach in the wider context of social development and completely abandons the idea of dealing with disability as a medical issue.

Until this moment, in spite of the huge efforts made by organisations working on behalf of people with disabilities and international organisations such as the OAS and the UN itself, the transition from a medical perspective, which placed emphasis on individual disabilities, to a social and community concept, has been a difficult path on which responsibility for overcoming obstacles presented by society itself continued to fall back essentially upon the individual and his/her family.

In contrast, at the heart of the Rights Approach is the incontrovertible assertion of dignity inherent in humans for the mere fact of being human, and the entitlement of each individual, with or without disabilities, to hold fundamental Rights – the full enjoyment and exercise of which should be guaranteed by the state, as they are for their fellow citizens, on conditions of equality, full inclusion, recognition and appreciation of diversity, and absence of discrimination. This implicitly entails that the needs of people with disabilities must be explicitly taken into account during the planning of State policies at every level be it locally, regionally or nationally.

In the model based on the Rights Approach and full inclusion, which the States that have ratified the Convention (including practically every Latin American state) have committed to develop in their respective countries, people with disabilities must have access to the same services as their fellow citizens without any form of discrimination. These services must be strengthened or modified taking into account the specific needs as shown by the population with disabilities, and must be attended to with respect and attention to the particular diversity they represent but never used as an excuse to offer services which segregate or exclude them, which would therefore avoid and dilute the main objective which is, unquestionably, full inclusion and equality.

In this process of in-depth transformation, public policies are an essential tool since within themselves they contain the prioritisation of community problems and objectives, at the same time as clarifying the routes and measures that society plans and executes to promote, guarantee, defend, reclaim or restore the economic, social, cultural, civil, and political rights of all or of a group of people.

In relation to the creation of public policies with regards to disabilities, the Rights Approach should be understood as a new perspective in order to design and conceive public policies which transcend the traditional concept of state action aimed essentially at providing assistance or protection, and instead concentrating on the adoption of human development policies which promote a guarantee of rights, participation, empowerment, and full inclusion in equal conditions, equal rights, and absence of discrimination within a process of agreement between the State and civil society.

Public policies correspond with the identification of social problems and their eventual resolution, and their viability is directly related to the creation of a reasonable strategy to fix the problems identified, changing the logic of political elaboration processes so that the starting point is not the existence of people with needs who must be attended to, but rather subjects with rights and the guarantee of exercising them.

Latin American states have diligently and responsibly embraced the task of complying with the obligations arising from the Ratification of the ‘United Nations Convention on the Rights of Persons with Disabilities’ and have been gradually working alongside associations and organisations for people with disabilities to make adjustments to their legal frameworks in relation to disability so that they become coherent with the principles and aims contained within the United Nations Treaty.

The subject of public policy is developing most confusedly and currently included beneath this heading are a great number of legislations with diverse levels of applicability and successful implementation in their purpose of guaranteeing the exercise of rights and full inclusion of people with disabilities.

The process developed in the Republic of Honduras deserves special mention because it perfectly illustrates the profound transformations which have taken place in the region with regards to policies in place on the subject of disability. Its success is clear evidence that it is possible in a short term to change direction and move on from the simplistic welfare vision to the Rights Approach. This result can be reached when we put into effect the principle of co-responsibility, when empowerment of people with disabilities is supported and stimulated, and when the public and private sectors coordinate and unite to work together and with one clearly established purpose: achieving the necessary social and cultural changes which allow us to break down all kinds of barriers which formerly hindered the exercise of an individual’s full citizenship, creating the necessary conditions to transform its social reality into an environment that is inclusive and free from discrimination.

So far in the 21st century Honduras has formulated two public policies on the subject of disability, designed at diametrically different moments in time and with different approaches regarding the concept of disability. This discord is clearly evident not only in their contents and aims but also in how they might be perceived by their own official denomination for, while the public policy created in 2004 from an essentially medical perspective slightly nuanced with elements of the social focus, had as its title the ‘National Policy for the Prevention of Disabilities, the Comprehensive Care and Rehabilitation of Disabled Persons, and the Promotion and Protection of their Rights and Duties’, the public policy promulgated in 2013, which adopts the Rights Approach as its essential guide, lacks any medical references and is simply titled the ‘Public Policy for the exercise of rights and social inclusion of persons with disabilities in Honduras’.

This new formulation process, which started as a revision to the 2004 policy, was carried out by the DIGEDPDI (Dirección General de las Personas con Discapacidad, or the General Directorate for Disabled Persons) and the Ministry of Social Development together with other relevant civic entities and other government bodies, and relied on the technical assistance of the European Union Eurosocial Programme.

The document, created in its entirety with the participation, agreement and collaboration of all parties, contains the core principles of State management with regards to disabilities and asserts from the start that the courses of action presented therein are aimed principally towards achieving a transformation of Honduran society, its erroneous stereotypes and images connected with disability, and its fears and myths, in such a way that it becomes a fully inclusive medium in which persons with disabilities can – just like their fellow citizens – be guaranteed the exercise of their rights and the enjoyment of civil liberties in an environment of equality, full participation, respect for differences, and absence of discrimination. 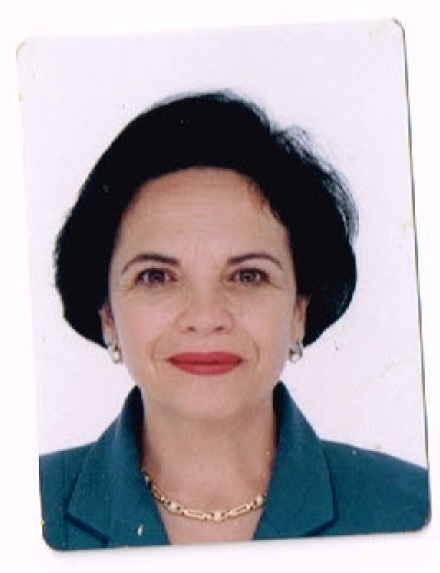 Maria Covadonga Fontanes is a lawyer. Expert in human rights and social integration of persons with disabilities. Former Executive Director of the Grupo Latinoamericano de Rehabilitacion Profesional - GLARP. Consultant in public policy and disability for EUROsociAL and Inclusion International.