IS GIVING WORK TO PRISON INMATES USEFUL? YES, PROVIDED IT IS REAL PAID EMPLOYMENT, OTHERWISE IT HAS PROVEN TO BE USELESS (Nicola Boscoletto)

What would you say about a factory that produces 70% defective goods, a school in which 70% of the pupils are uneducated, or even worse, a hospital from which 70% of the patients die. Whatever the area is, the response would always be the same: it would be considered a failure, it would cause a scandal that would call for the immediate sacking of managers, principals and directors. Now let’s imagine for a moment that all the factories, schools and hospitals in a country produced such disastrous results.

This is the case with most prisons: the very institution that should return people to society better than when they entered, fail to do so. And this is the same all over the world. North and south of the planet, in rich and poor countries: everywhere without exception (or almost, as we shall see), most inmates who leave prison will return there sooner or later.

Prisons all over the world are a big business because they have many different expenses that need to be met year after year. In addition to building those institutions, they are extremely expensive to maintain. The amounts vary widely across Europe, with peaks in some countries of 685 Euros per day per prisoner. Forty-five European administrations have provided data to SPACE (the Council of Europe Penal Statistics). The European Union in 2012 spent more than 26 billion Euros on prison needs. But those figures include only the direct costs, the actual expenditure is far greater.

What costs are we speaking about? The more obvious ones are food, accommodation (not only for the prisoners but also for the prison officers), expenses for utilities (water, gas, electricity), as well as the officer’s seasonal uniforms. Then there are the costs for weapons: every year a very large amount of ammunition is purchased for the practice and training of staff. The costs related to the armoured vehicles of all types and levels for transferring detainees, also need to be taken into account, then of course those vehicles need fuel and maintenance. In addition, there are the costs of activities, education, entertainment and sports; and, there are costs relating to health, with huge expenditure for buying various drugs, mostly psychotropic drugs for managing mental health. Not to mention the costs of technology, especially the sophisticated equipment required to cover security needs.

I will stop here, as I do not wish to bore you with too much detail, but it would be mandatory to mention the cost of employing prison personnel (almost all police officers), and almost everywhere, there is an unusually large proliferation of unions (17 organisations in Italy for about 40 thousand prison officers) with related costs and red tape. On average, for every prisoner in Italy we will spend about 250 Euro per day, much of it earmarked for personnel costs.

This inability of prisons to fulfil their purpose also reveals, in an overt or subtle way, that prisons all over the world are places of violence and degradation, places where the inmate is not regarded as a human being, where dignity is not respected and the rights of people are ignored..

All this leads us to another consideration: the failure of achieving the results expected from the correlation (never really proved, although it seems a universally accepted dogma) between punishment and imprisonment. Staying in prison, even for decades, does not always mean ‘serving the sentence’, except in a formal and mechanistic sense. In terms of self-awareness, change, integration back into society, prison does not lead to the required results. This equation worldwide has generated a relapse of between 70 and 95%. This means that between 70 and 95% of those who completed their prison sentence will return to crime, often committing even more serious crimes than their first offence. And simply because of the unsustainable costs of prison systems today, we are finally starting to think about alternative solutions.

The experiences that have produced the best results have two factors in common. The first is a very specific conception of the human being, the person, and the second is the importance given to work. To recall a phrase dear to Pope Francis – as he has repeated this dozens of times – “only work gives dignity.” Provided that it is a real job, which also entails rights and duties, that is regularly paid and is in line with specifications of the market, complying with job descriptions and contracts, with guidelines for the quality of processes and products, to reach the required standards of excellence in their sectors.

All attempts, many still in progress all over the world, to give work to inmates have used old or modern forms of exploitation and thus have not produced the optimal results. For years it has been obvious that a system that makes people work without compensation or with derisory wages is a complete failure. This practice is not justified by emphasising that the detainee is a cost, and if on paper he is paid, the prison administration will retain much of his salary, from which at best he will receive some pocket money.

In the essay Prison and Social Rights (2010), Giuseppe Caputo explores these issues in a way that is very relevant to the situation in Italy:

Prison work, usually intermittent and unskilled, is an ambiguous instrument of control that has the sole aim of offering recreational opportunities that contribute to maintaining security and order in prisons often overcrowded on the verge of collapse. And wages for prison work are not meeting those required by law. (…) Those few prisoners working there receive a miserable compensation that barely helps them meet their food and basic social needs. They cannot access most of social security rights (family allowance, unemployment benefits, pensions) which should belong to all workers. The time spent in prison is”useless” for them, as they are unable, even if they work, to mature the necessary contribution requirements to access social benefits. In some cases the exclusion from the welfare state during the period of imprisonment may also have irreversible consequences.

The result of this approach is, as we have shared, an almost complete relapse and return to crime; while a real job, given with a clear idea of supporting their integrating into society, reduces the recurrence rates dramatically, by 15 / 20% sometimes even up to a 2/3%. The results, which benefit the whole of society, are an unimaginable saving of expenses, a greater social security, and a respect for national and international regulations (thus avoiding incurring onerous sanctions) and above all the return to a father and a mother of a child who had seemed to be lost. 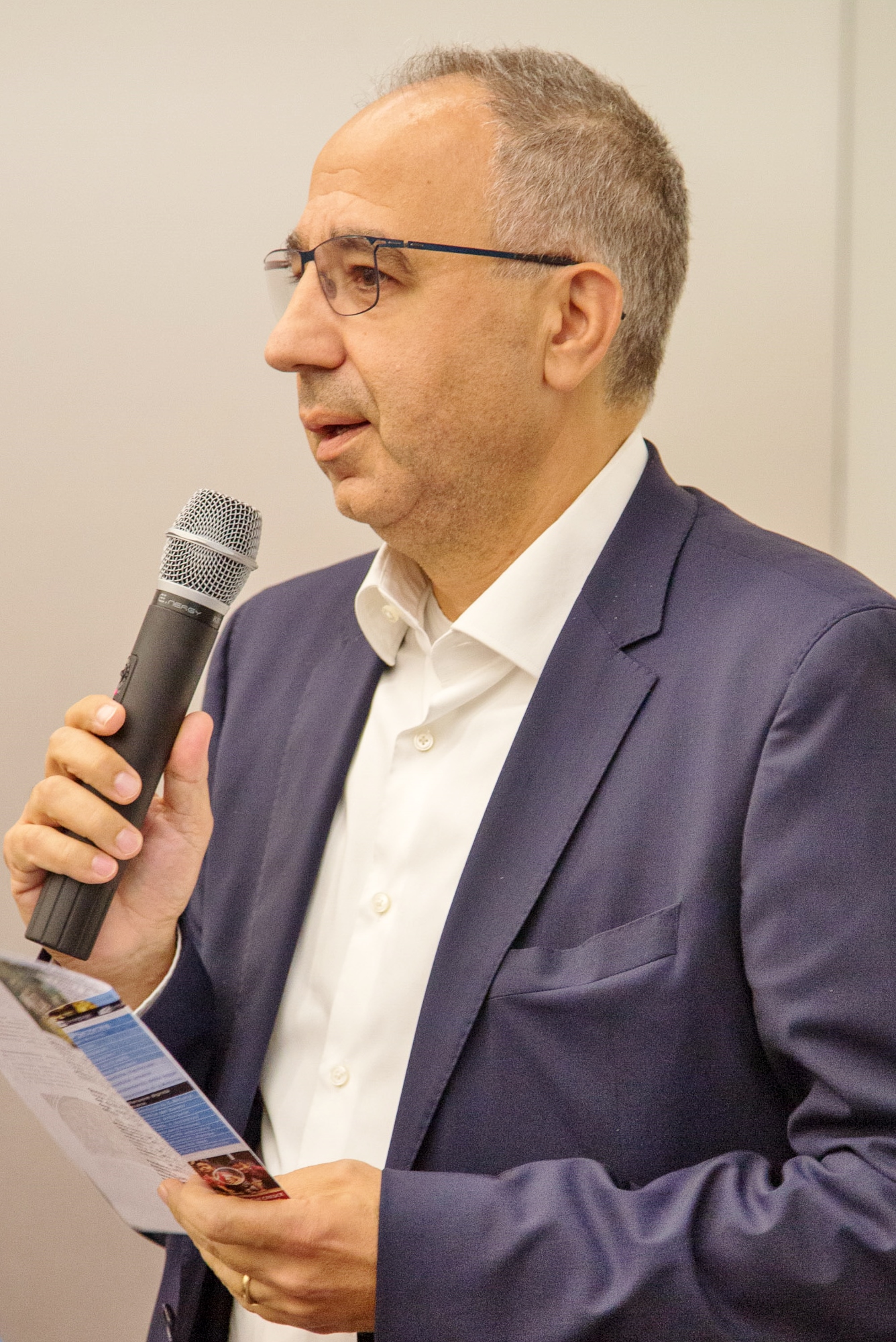 Born in Chioggia (VE) in 1963, he is married, and has two children. He graduated in Forest Sciences at the University of Padua. In 1986 he was a founding member and president of the Social Cooperative Giotto. He is also the president of the Social Consortium Giotto di Padua, inaugurated in 2004 to respond more fully and effectivelyto two important areas of social problems: prison and physical, psychological and mental disability.