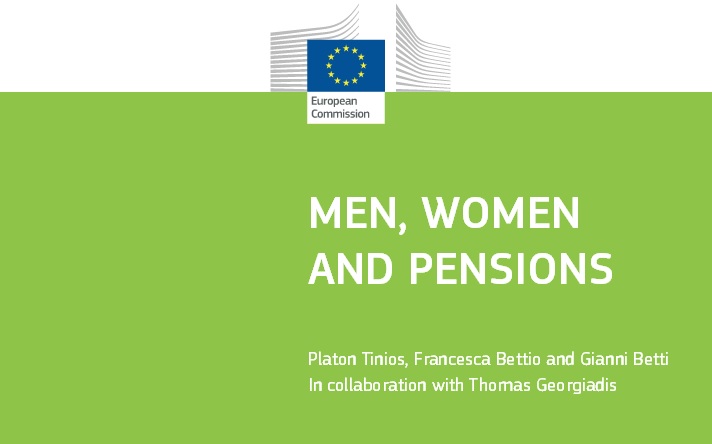 On the issue of gender equality and pensions we present the recent report “MEN, WOMEN AND PENSIONS” by Platon Tinios, Francesca Bettio and Gianni Betti in collaboration with Thomas Georgiadis [1].

The document is divided in two parts. In the first, the authors present the basic contents for understanding and conceptualizing the problem of gender gap in pensions in European countries. The second part offers an analytical study that enriches the ongoing assessment on the adequacy of national pension systems to gender discourse, proposing an indicator on gender pension gaps in EU member countries.

According to the authors, many pension systems still reflect the division of responsibilities existing in the households at the time they were designed, corresponding to a period of less attention to gender equality. The needs of women must be adapt to a new model of pension system through a series of strategies whose results will manifest themselves in the long term.

Public policy can proceed in three directions. The most conservative approach is to devise social inclusion of women without recognizing the economic independence as an inalienable right. This follows the logic of a traditional approach with systems that protect man and wife on the basis of a single unified set of contributions. The second strategy encourages women to adopt features of men lifestyle trying to reduce gender differences in working life. Inequality would be corrected in the long run by preventing discrimination of treatment in the market. This approach runs the risk of discouraging fertility. The third way would try to compensate the consequences of the difficulties of women’s career. This could be achieved by the reduction of the reference period for a full pension and / or calculating it with a minimum set. This possibility can be applied with a retroactive logic, but this requires a high cost for the already considerable public expenditure.

You can download the full document in English on the website of European Network of Experts on Gender Equality (http://www.enege.eu/reports)

[1 ] The report was financed and published by European Commission, DG Justice and Consumers, “Equality between men and women” Unit D2, in the framework of a contract managed by Giacomo Brodolini (FGB) Foundation and in collaboration with Istituto per la Ricerca Sociale (IRS).