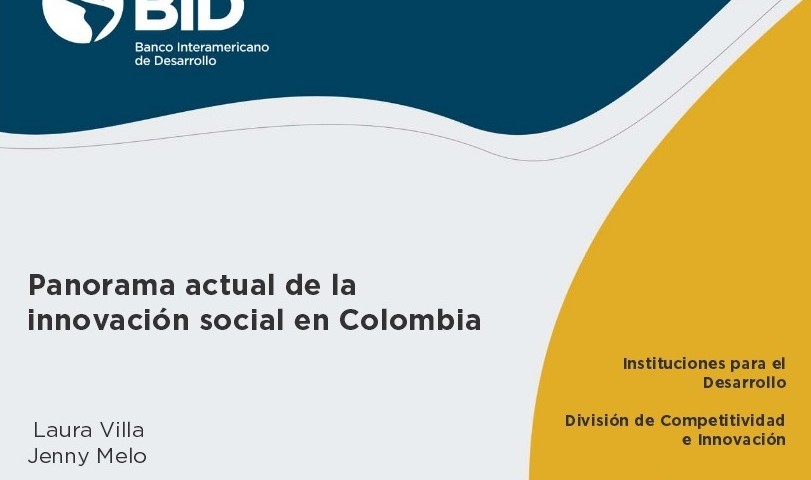 To reflect on the issue of social innovation (SI) in Colombia we recommend the document “Panorama actual de la innovación social en Colombia” written by Laura Villa and Jenny Melo, published by the Inter-American Development Bank in May 2015. According to the report, in Colombia “social innovation is considered as a mechanism to look for and develop innovative solutions to the social problems and primarily to reduce poverty and the improvement of the living conditions of the population”. By presenting the major public and private policies and programs aimed at promoting SI in Colombia, the document is structured into four parts: the first one presents an overview of the state of the policies for social innovation in Colombia. In the second and third one it describes the policies and programs for social innovation at national level and in the city of Medellin respectively. Finally, the report ends with an analysis of the scope and the potential of those politics and programs. Within the various elements submitted, the following should be outlined:

-Colombia is one of the few countries in the world where exists a Centre for Social Innovation working within a public institution (the National Agency to Overcome Extreme Poverty), and which has an advanced project of national public policy for social innovation;

-The diversity of approaches taken by the various institutions working on social innovation results in a broad and varied ecosystem. Some institutions understand the SI as a task closed to the area of science and technology, other ones link it with social impact processes, others exclusively identify it with overcoming extreme poverty, other ones understand it as sustainability processes, participation, co-creation, and lastly, some addresses the SI as learning processes and/or knowledge management.

-The plan “All for a new country 2014-2018” reflects in its basements a purely social approach, aiming at centralizing all the institutional efforts around 3 main goals: peace, equity and education. In this regard, the SI shows up again as a tool that enhance social strategies looking for overcoming the most urgent problems, especially extreme poverty.

-Although the issue of SI has been formalized in the national public policies from 2010, the issue entered into the country much before, led by the private sector, the social and the academic ones. Some organizations have a longer experience in SI than the State and participate in the policy-making and/or financing SI initiatives in the framework of a Public Private Partnership. It is important to point out that because of the newness of the subject and its experimental aspect, investments do not usually represent large amounts, and most of actions keep a small scale, in many cases pilot projects.