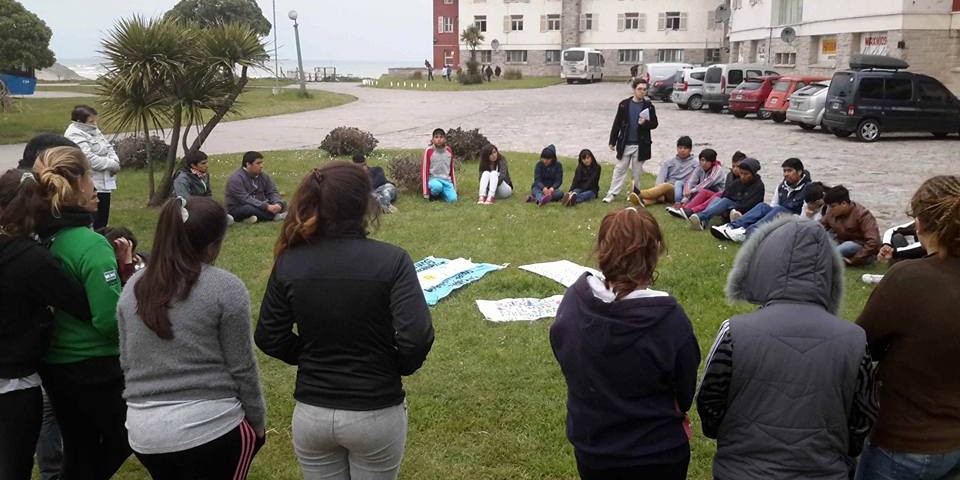 What are competencies? Competencies are a dynamic and interrelated system of knowledge, skills, attitude, and values, which function as a whole in every interaction human beings have in areas of their personal, social, and working lives.

They are comprised of 3 components: Knowledge – as in organised knowledge, Know-how – as in the application of what has been learned, and Self-knowledge – as in knowing oneself, and the development of the kinds of behaviour which come into play within social and interpersonal relations.

Some of these – those which are most in-demand for employers – are presented in the following table, where they are organised into the social and/or personal spheres to which they belong.

Often, in dialogue with companies, we hear the expression: “It doesn’t matter if they’re not trained to do the job. I need a young person who is eager to learn, who works the hours assigned, who is creative, etc. I’ll train them for the job myself.”

On the other hand we also hear from young people within communities who say: “Look, we’re not dangerous. We’re the ones in danger”.

Considering both expressions together gives rise to the thought that there is something we are not doing very well.

There is no doubt that incorporation of this system of competencies is critical for young people when the time comes to enter and remain in the world of work. At the same time it is also without doubt that these competencies represent a shortcoming in the formal education system, where they are not part of the curriculum and are rarely considered important or referred to in the classroom. This brings us, even today, back to a very old and unresolved debate: that of the relationship between education and employment.

This is most certainly a very serious problem. On one hand it is a problem for young people who, having gone through primary and secondary education, have not necessarily internalised these competencies which increase their chances of employment, as well as furthering their development as citizens. For young people the school-to-work transition remains a problem to be solved. Self-reliance and personal safety, critical thinking, acknowledgment of the values and norms which govern society, amongst other things, are key for them to become active citizens and, in a sense, are critical for development.

On the other hand, the subject is much worse for those young people who, faced with situations including poverty and social vulnerability, have been discriminated against, have not finished school, or have not seen their parents work – or worse yet – the type of work that they know is precarious work, “odd jobs”, at best, which they have no choice but to accept out of necessity. For those young people self-confidence, having respect for norms such as compliance with work schedules, time management and planning, amongst other such competencies, are completely foreign to them or have been learned unknowingly in connection with other purposes or necessities.

In such cases there is one competency, besides all of the others, which needs the most work. This is management and expansion of social capital. A working environment limited to the local neighbourhood does not allow young people to broaden their horizons let alone to imagine themselves as a salaried employee, with social security, paid vacations, etc., within a company, or as part of the development of some enterprise which might supply a demand within the community.

In this sense, training for work and the process of employment intermediation require an integral approach on the part of a young person and must also incorporate a formative process, aside from apprenticeship and vocational training, which allows young people to incorporate and experience these competencies, guided by trained professionals trained for that purpose.

Incorporation of these competencies in professional training processes within the educational curriculum, with corresponding evaluation and certification, as well as the training of professionals to specialise in the area, are a few of the keys to making progress on this issue.

It is therefore evident that we are dealing with a subject of both public and political debate. Why? Because developing, evaluating, and certifying these competencies facilitates social cohesion and equal opportunities, promotes the exercising of rights and guarantees co-responsibility from social, public, and private sectors, even if it means the state acting as a guarantor.

To achieve the incorporation and certification of these competencies in government youth policies and in programmes of youth employment inclusion, would mean an inter-institutional effort in which the private sector must play a different role to that which it has been undertaking through Corporate Social Responsibility. What the private sector needs to do is act on its responsibility as part and participant of society, to promote the generation of employment and contribute to the economic and social development of the country.

Finally, it is important to note that in recent years these competencies have indeed been incorporated in government policies and programmes connected with young people and employment. Such is the case in Argentina, Brazil, Mexico, Costa Rica, El Salvador, Chile, and Uruguay among others. In those countries which have already made a certain amount of progress, the ensuing results of employment integration are between 10% and 15% greater than those countries in which young people do not take part in such programmes.

There is still much left to do and it is undoubtedly a big challenge for those of us who are involved and who work hard to ensure that every day there are better and more opportunities for young people in a society which, in the name of social cohesion, is inclusive and provides opportunities for all.

President of the Latin American League of Civil Society Organisations

Professor of Natural Sciences and also holds a degree in Social Psychology. She has spent 25 years working with and for the most deprived young people in Argentina and across Latin America. Considers herself a popular educator. She is the founder and executive director of the SES Foundation, a social organisation whose mission is educational, political, social, and employment inclusion for deprived young people in Argentina and in Latin America. She is a specialist in organisational development, in areas relating to the training and employment inclusion of young people, in transversal and psychosocial competencies, and in matters of progress and management associated with the development of government policies. She has worked in the educational and social field in several institutions and has published several books and articles on these subjects. She has experience working in the public sector at the Ministry of Social Development and Education, as well as participating in the creation of Civil Society Organisations and educational institutions. She has been and is currently a consultant for international organisations (BID, UE, USAID, EUROsociAL, among others) on matters of youth employment and project evaluation. She is the director of the Latin American League for the Fight Against Poverty which operates in 18 countries with 28 organisations and social networks in the Latin American region.