Based on a careful analysis of key factors characterizing the current economic environment, this article aims to deal with the crucial topic of underinvestment in the birth rate of the Western world and its consequences on our development model, especially on welfare systems, for the purpose of finding ways and means to safeguard the elements that characterize systems with a European footprint: universality, respect for each individual, equal treatment in terms of essential levels of assistance, as well as the quantity and quality of service[1]. Such an excursus is regarded as crucial since even those countries which currently have higher birth rates should be aware that the balance of their social protection systems is based on a demographic assumption which – in the medium and long term – could change, thus influencing the future sustainability of their own welfare.

European experience in a comparative perspective

In order to involve target policy groups in a real and efficient way, so that they become players rather than merely passive recipients, it will be necessary to provide: a wide range of suppliers that are differentiated in terms of their legal status, delivery potential,value footprint, and are capable of safeguarding people’s freedom of choice; a system of accreditation capable of ensuring the proper performance and quality levels for services; a system for evaluating performance and publicizing the evaluations in order to overcome information asymmetry and to create actual competitive dynamics; tools to protect purchasing power, which are rationally designed in order to broaden access to benefits for people who could not afford to pay for them and make the supply network economically sustainable and correctly sized. In some European countries, such as the United Kingdom, France and Belgium, the conventional welfare policy paradigm has been reversed already for several years through innovative options that can readily be transferred to an Italian context. The most interesting parts of these experiences relate to the co-financing of private entities and companies, in addition to tax credits available to the persons and companies that make use of this service.

Social partners are free to use such a tool within the framework of collective bargaining for salaries and job flexibility.

A) Titre Service in Belgium

Belgium’s Titre Service, introduced in 2001 (Gilain and Nyssens, 2001) entered into force in 2004 through an initiative of the federal government aimed at fostering job creation by legalizing black market labour, which strongly characterizes the service sector (Laville e Nyssens, 2006), connecting this market with household services and then helping to strike a balance between family and work life (Conter and Zachary, 2002, Defourny et al. 2008). The purposes of the Royal Decree included increasing the provision of support services, containing costs and making them affordable, reducing gender inequality in the work market and promoting local development.

This system is based on the inter-relation between five parties: the company that issues the Titre Service, the users, the employers, the workers and the federal state, which co-funds the program (Barbier 2006). Employers are understood as companies, which through accreditation, join the program and hire workers that offer the above-mentioned services, thus giving rise to a trilateral work relationship comparable to forms of interim bargaining. In practice, every Belgian citizen can purchase titre services, which are available in both paper and digital format, up to a maximum of 750 vouchers; the unit cost is 7.50 euros and can be used within the next eight months; 30% of the cost of these vouchers is tax deductible. At the end of the service period, when the worker hands over the voucher received from the user to the company that employs him/her, the worker receives 20 euros, as the State pays a subsidy equal to 13 euros per each voucher. A specific feature provides for female domestic workers to receive gratuitously up to 105 vouchers if they go back to work after giving birth; the rationale behind this measure is clearly to provide support for women at a time when there is a particularly high risk that they will leave the work market (Peeters, Van Pelt and Sanders, 2007).

B) Cheques for Universal Employment Services in France

France has a long tradition in the provision of proximity services (Lavilleand Nyssens 2006), and since the mid-1990s domestic and personal care services (Shapiro, 2005) (emplois familiaux) have been considered a strategic and essential element not only in creating new jobs, but also in promoting social cohesion. The development of proximity services helps to facilitate the employment of poorly qualified people, while assisting people in household chores and the task of caring for young children and non-self-sufficient elderly people. Thus, the State took immediate action to promote and create an incentive for using these services through simplified administrative procedures and major tax benefits. The French government further expanded its range of action to all personal care services (Services à la personne) under the Borloo Law No. 841 dated July 26, 2005.

Thus, the Chèque emploi service universel (CESU), or Cheque for Universal Employment Services was introduced in 2006, combining within a single program all the tools that were previously used to assist non-self-sufficient people. The explicit purpose of this tool was to develop an efficient personal care service system, which, in turn, was part of a set of measures designed to promote social cohesion. In practice, the services available under this program offer a much broader range that its Belgian counterpart, including care for the elderly, the disabled, people in a state of dependency, childcare, both inside and outside the home, small household chores understood in quite a broad sense (for example, this item also includes help with administrative formalities related to household management). Those involved in providing services in the entire personal care sector numbered over two million in 2011, while four million families were the recipients of these services.

The introduction of CESU in France is part of a more extensive program which included, among other things, the creation of a national agency for personal care services, Ansp, which was tasked with coordinating and incentivizing efforts to develop the service sector, and with devising a robust plan for the enseignes, national agencies the responsibility of which is to supply and simplify access to services within the national territory and guarantee that a certain standard is met. As opposed to the case in Belgium, where vouchers are only an entitlement to payment, in France the CESU can be both a cheque, a CESU bank card, or a prepaid CESU employment voucher. The former can be used just like a cheque, the amount of which may vary and consists of two parts: the first is used to pay the worker directly, while the second makes it possible to register the worker with the national office of Cheques for Universal Employment Services, so that the employer is informed about the relevant amounts of social security contributions payable. Conversely, the second type of voucher is of a pre-defined amount and is financed in full or in part by employers. The advantage in using this type of tool when paying for the services provided by workers is the minimum 50% tax credit which is awarded.

C) Childcare vouchers in the UK

The British government, which has always endeavoured to improve the living conditions of children as a source of direct and indirect advantages both in the short and long term, has implemented a set of programs since 1998 which aim to improve the quality and accessibility of childcare both by increasing the number of providers, while making essential information available through the Anglo-Saxon tradition of regulation by information. Starting from 2003, the idea of involving the employer in childcare has gained momentum in the UK. The government provides fiscal incentives to companies that issue childcare vouchers to workers (Viitanen, 2005). More recently, the program Choice for Parents, the best start for children: a ten-year strategy for childcare differentiates the types of intervention by issuing childcare vouchers and childcare contracts stipulated directly by the employer, i.e. corporate day-care facilities.

The childcare voucher is similar in many ways to the French CESU in that employers can use this tool to transfer amounts of money intended to purchase childcare services from private facilities, which, however, must be accredited by a public authority. The range of available services runs from baby-sitting, to registration at day-care centres and pre-school courses, to participation in summer camps/vacations. This type of transfers made by companies is tax-free and involves no contributions unless the amount exceeds 55 pounds sterling. The employer can choose whether or not to consider these vouchers as additional salary benefits: in the former case, the employee is entitled also to annual tax savings, as the voucher is tax-free. In the latter case, in which the voucher is considered an added benefit, the employer is the one who bears all the costs. Furthermore, the UK public authority, in co-financing a part, rather that the entire program, at the level of each company, leaves employers and workers leeway in determining the tax liability of every single party involved.

What the foregoing measures have in common is mainly due to their systematic nature that provides for the involvement of all players: public bodies, institutions, companies and people. Indeed, this is what made it possible to roll out an efficient service network throughout a country that can reasonably meet the needs that arise. The above-mentioned programs have shown their efficiency in promoting transparent services, creating what is actually a quasi-market, which also typically gives rise to resurgence in activities. The investment in service vouchers by private individuals and companies increases resources available for purchasing services, while the user shows social responsibility in the use of vouchers, and in this way prefers to buy the services actually required. As for the ways in which these services are performed, the above-mentioned experiences represent paradigms of solutions, which, starting from a simple sum of money transferred to the bank account of the beneficiary family, evolved into paper voucher systems, and then digital vouchers managed by an online platform, thus becoming more efficient. The most significant case of social credit cards is arguably the experience in the United States involving SNAP (Supplemental Nutrition Assistance Program), based on electronic debit cards with a PIN, through which a monthly amount is transferred for the purchase of specific goods in affiliated centres. Moreover, an experiment is now taking place in the UK where benefits are available through prepaid cards for cultural activities and sporting events. In France, five regions provide funding for an electronic card that can be used to purchase schoolbooks, attend local cultural activities and sporting events. And finally, another feature that distinguishes the use of vouchers within the three contexts mentioned above is that the conception, implementation and support of the tool have been of programmatic and systematic nature. This, in turn, has given rise to a number of functional support bodies and specific measures designed to implement the various procedures and action plans. All of this becomes essential when viewed from a long-term perspective, so that single measures do not remain isolated and sporadic initiatives, but become policy, which gains validation in practice. 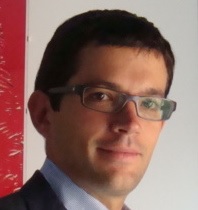 Alessandro Venturi is Professor of administrative law and law of local authorities at the Università degli Studi of Pavia, lawyer with a PhD in public law, was research fellow in comparative public law at the same university. He has authored several scholarly publications about general public law, administrative law and comparative public law with a special focus on the topic of public utility services provided to individuals and the community. In his capacity as expert government advisor – both at the regional and national level – he has participated in and worked out the phases of formulating and implementing public policies, especially social policies.