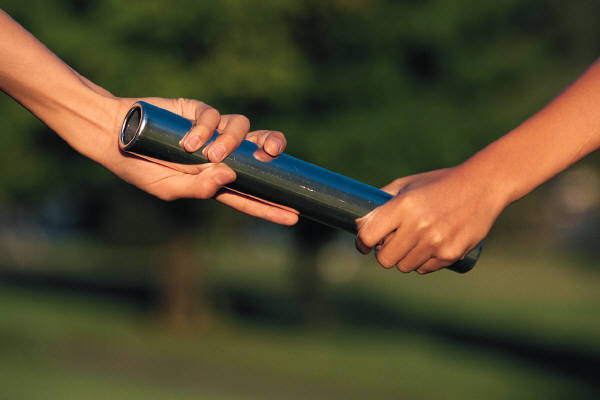 The notion of “social economy” is now widespread in the EU. However, in spite of its nuances (as in the Ecuadorian instance), this model has proved to be a tool to reduce poverty and to redistribute income and wealth. Our “single market” stands for an open economy, allowing for a plurality of business and economic models. More precisely, social economy is a specific way to organize and run companies, a growth pattern that in Europe can be found in each MS, although in different gradations.

In my paper I wish to focus on:

1) Explaining why social economy is important for the EU

2) What is the dimension of social economy in the EU

3) The hindrances that the sector is still facing

4) What is the institutional framework

5) To illustrate EU initiatives in order to strengthen social companies.

1) Why is social economy important for the EU?

The first argument derives from the very concept. Social companies generate a social impact, in the attempt to solve social problems rather than to increase financial profits. Such companies often give employment to the most vulnerable members of society, excluded persons, thus contributing to reduce inequalities.

Social companies play a part in the creation of a competitive social market and they are the driving force for sustainable growth. In 2010, when the worst phase of the current economic crisis seemed to be over, the European Commission launched the EU 2020 strategy for sustainable recovery. Europe 2020 establishes 3 objectives for the year 2020:

Social economy is crucial to meet the goals of the 2020 Strategy:

2) The dimension of social economy in the EU

Social economy is an increasingly important topic for Europeans: anchored in the entrepreneurial tradition of France (where it generates 10% of GDP), it has recently gained strength in Germany as well (4.1% of GDP,) and its importance is increasing in BE, NL, SP, and IT. Actually, progress has been slower in the countries of Central and Eastern Europe, previously linked with the Soviet system and with economies based on a centralized planning, where the State was the single economic actor, thus reducing the space for social economy agencies.

At the level of all the 28 countries, this sector approximately represents 10% of GDP. One of four new companies that are created every year is a “social company.”In BE, FI, and FR the ratio is 1/3. The crisis has not hindered this trend: the number of social economy jobs has risen from 11 millionsin 2003 to 14 millions (or 6.5% of the active population.) Conversely, social economy companies are better endowed to avoid loss of jobs during difficult economic cycles. What started as an economic crisis in 2008 has turned out to be a deep social crisis in many countries of the EU and, according to experts, social companies have withstood it better.

With regard to the different categories of companies, 70% of social economy workers are employed in non-profit organizations, 26% in cooperatives, and 3% in benefit societies.

Despite its constant development, social business is still facing significant challenges, on a more disadvantaged playground as compared with traditional companies.

Social companies may encounter hindrances in accessing both markets and funds. Sometimes, traditional financial institutions reject their requests because they do not comply with the requisites for regular clients, or because they do not present sufficient guarantees.

Even access to markets, including public procurement, has not been completely dealt with by current policies.

The long path towards institutional recognition and the formulation of specific European policies began during the 1980’s. The different authorities of the EU have progressively paid greater attention to social economy.

In particular, during the past three years, this sector has considerably improved in terms of politic and legal acknowledgement at the EU level, as we are going to see. At the present moment, three European institutions are important advocates for social economy:

– The European Commission, the executive body of EU, which has virtually a monopoly as concerns proposing legislation at the European level. The Directorates-General for Enterprise and Industry, Internal Market, and Social Affairs verify that the specificities of social companies are taken into account when new legislation is proposed. Such Directorates play an essential role, since they promote a greater prominence of social economy in the political agenda.

– The European Parliament created for the first time a Social Economy Intergroup in  1990, as a space for work and debate. It processes reports and solutions that highlight the social value added by social economy and ensure that the interests of social economy are taken into account in the European legislation.

– The Economic and Social Committee, a consultative body of the EU, follows up this theme and it produces studies and conferences to promote social economy. It brings together in one work group the representatives of social economy. The EESC has been especially active during the past few years, publishing different of its “opinions”concerning this topic. For instance, one of them recognizes the importance of social economy in Europe, and another one concerns social economy in Latin America.

In  2011 social economy – or,  more exactly, social companies – began to actually being included in the agenda of the European Commission. European treaties proscribe“positive discrimination”based on the status of the different companies. However, many efforts have been made in the direction of a system of adequate financial and legal policies that may consolidate the competitiveness of social companies.

The Single Market Act (2011) defines social companies as a priority, identifying them with social economy. Its objective is to «favour the development of companies that, beyond the legitimate search for economic benefit, decide to pursue as well general interest objectives enhancing social, ethical or environmental improvements.»

The participation of social economy to the budgetary policy of the EU has taken place within the framework of the policy for employment and social cohesion, actually through multi-year budgets to promote the SMEs as well as employment. Such participation was also possible through the European Social Fund and its measures to support local initiatives making an explicit reference to the role of social economy.

– a system of social entrepreneurship funds (solidarity funds) was put into effect to convey investments towards social companies. Such funds enable investors to identifythe funds to be invested in social companies (at least 70% of the overall amount.)

– moreover, a programme for social innovation and employment was actuated, which allots € 85 millions to microfinancing and social entrepreneurship for the period 2014-2020.

– as in the instance of SMEs, social companies benefit from regional development funds and research programmes, the so-called cohesion funds of the EU: the Regional Development Fund and the European Social Fund 2014-2020. Thus MSs are able to channel a part of the funding towards social companies.

Measures to improve the legal framework

– There is increasing attention to facilitate the participation of social companies in the public procurement system, especially as regards social and healthcare services. This may be accomplished, for example, by taking into account the social impact.

– There is a trend towards the simplification of regulations concerning governmental aids, within the meaning of an easier allotment of subsidies benefiting social companies.

– Following some years without tangible results, we have got back to the idea of the creation of a European status for foundations, an important category of social companies. This would make it easier for them to implement their activities in different MSs and to collect funds.

Measures to improve the visibility of social companies

Through the creation of:

– a survey map of existing companies, to the purpose of identifying good practices and reproducible models;

– a certification basis applicable to companies, in order to increase their visibility and comparability;

– networks of social companies between different countries and regions, and an electronic platform to exchange information.

The social sectoris progressively becoming animportant pillar of European economy. The traditional economic model of the EU has shown its shortcomings in the context of the crisis. Therefore, we need to make our model for growth more sustainable and inclusive.

The European Commission has been working to offer a solid framework for the social sector, by improving its access to markets – especially within the scope of public procurement – while creating more funding opportunities, through structural funds or loans. Nevertheless, many questions remain to be solved: there is the need for a wider access to innovation workshops, and for a greater visibility towards policy-makers, investors, and the general public.

Beside the more “traditional” axes such as commerce, cooperation, and the political domain, social economy has a place within the framework of the relations between the European Union and Ecuador.  Ecuador  has achieved some remarkable results as concerns social and solidary economy, a sector which offers approximately half of the existing jobs in the country.

This text corresponds to the speech made by Peter Schwaiger during the IEPS Meeting (Ecuador, November 11, 2014, 11.10-11.30). The Instituto Nacional de Economía Popular y Solidaria – IEPS (National Institute for Popular and Solidarity Economy) of the Ecuadorean government is a public-law institution attached to the Ministry for Economic and Social Inclusion, with its own assets and is technically, administratively, and financially independent. It is charged with bringing support to citizens who wish to undertake productive development processes under the Popular and Solidarity Economy Act. This law is grounded in the popular and solidarity economic model, consisting in a form of economic organization promoting community development, making the human person a priority that comes before capitals, and fostering equality and effectiveness on the basis of group and community self-improvement. IEPS is fighting for all citizens to be included in the following domains:economic, through the generation of jobs; financial, directing access to associative credits; social, through capacitation actions; cultural, preserving hereditary knowledge; and politic, fostering democratic decision-making.

IEPS has included in its activities the organization of the II International Seminar entitled “Aporte de la Economía Popular y Solidaria en el cambio de la matriz productiva y la erradicación de la pobreza” (“Contribution of Popular and Solidarity Economy to the change of the productive process and to the eradication of poverty”), to be held on November 10,11, and 12 in Quito, with the participation of national and European rapporteurs, who will contribute the innovations and realities of each country through their own experiences and researches conducted in the social, local and national scopes.