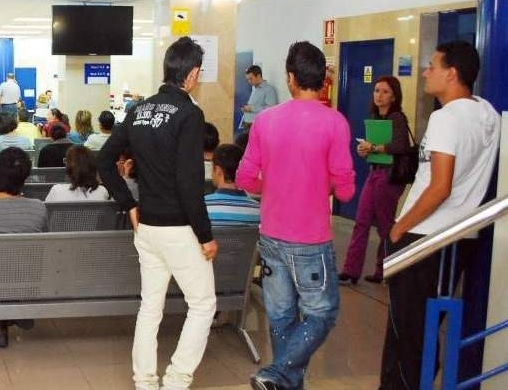 There is an increasing political and academic consensus regarding the importance of ensuring that from a young age each individual’s working career develops under conditions which allow them to better their chances of social and productive inclusion[1]. This strengthens not only personal and career variables, but also economic and social variables such as potential growth, social cohesion, and even democratic governance.

Many countries in Latin America have been implementing a variety of initiatives, with a wide-ranging level of progress and reach, aimed at promoting decent work experience for young people, with an emphasis on initiatives directed towards promoting the employment, employability, and entrepreneurship of young people. There is a great deal of regional experience in this type of programme. In the last few years several of these initiatives have come to be referred to as programmes, policies, or even First-Time Employment Laws. In reality this name is given to a variety of initiatives, but each of these has in common the intention to alter career trajectories for young people, on the premise that an individual’s first experiences of work determine their future personal and professional development.

Describing the situation for young Latin Americans in the labour market is relatively simple: it is a difficult, complex situation filled with uncertainty, and even more so if they are female. In fact, analysis of the youth unemployment problem and the problem of adequate employment integration has generated a considerable amount of literature and debate. The stylised facts identified as having the greatest relevance are the following:

In addition, when analysing the particular situation of young women in the context of employment, it has been found that in their case rates of employment are lower, rates of unemployment are higher, and the prevalence of unstable employment affects them disproportionately. Equally, in the context of education, we find that the neither/nor/nor and neither/nor issues also disproportionately affect women. Issues such as the double role of mother and worker contribute to this situation, as well as a lack of appropriate mechanisms for the reconciliation of work life with family life.

It must be highlighted, however, that these problems affecting young people are not exclusive to the region or to the present moment. For example, increased rates of unemployment and job hopping, or precarious employment among young people compared to adults, are observed in countries with high, medium, and low incomes, with different types of regulation in the labour market, and as much in the present day as three decades ago.

In the region, the term ‘first employment initiatives’ has been used to refer to at least four large-scale types of initiative promoting youth employment:

2nd Generating the conditions for an adequate first employment is therefore an important variable for economic, employment, and social policies. In many cases a good or a bad start is determined by the social and the productive environment, the family environment, education, and the existence of idiosyncratic shocks (pregnancy, early school-leaving, etc.) amongst other variables. For this reason employability policies should not begin when young people leave school or start work for the first time but rather before, with interventions to improve the quality of basic education and guarantee the conclusion of formal education, as well as preparing them for the working world. Also required are policies which promote expansion of the productive sector and improve conditions within the social and family environment.

3rd Increasingly, many countries have opted for initiatives aimed at strengthening the experience gained through a first employment, with a particular emphasis on salaried employment. Although in many cases these programmes are referred to as first employment, there are actually many different types (see previous list). Review of these experiences prompts some reflections which could be useful in relation to policy decision-making.

5th On the other hand, amongst young people there is an increased intermittence between being employed and being unemployed and, within employment, between occupations, which highlights the necessity of a consistent work experience. Therefore, strategies are needed which support or maintain a prolonged working experience and not merely facilitate employment integration. This is where initiatives which are implemented before a first employment, such as basic education and training, are highly useful. In other cases an alternative to explore in more detail is the integration of employment subsidy schemes with training and internship programmes, combined with selection and supervision mechanisms tasked with guaranteeing the educational aspect of the internships as well as mechanisms of certification of work skills.

6th Regarding subsidy-based first employment programmes, which have multiplied in recent times, these can be designed to promote permanency in a job post for a sufficient amount of time as to improve the employability of young people. Mechanisms of selection and supervision should focus on the relevancy and quality of training which companies can offer, so that young people actually acquire work skills which improve their professional profile. In turn, the mechanisms of certification – of skills and experience – can facilitate the transition between jobs by allowing young people to accumulate verifiable experience, and obtain credentials for their skills to present to new employers throughout their working careers.

7th The effectiveness of special labour regulations for young people remains to be seen. Although it has been attempted in several countries, the experience in the region is that these types of initiative have not been successful. In any case, if we have learned anything from these experiences it is that any initiative of this kind must be based in a context of social dialogue; that we should be careful not to generate the wrong types of incentives which could lead to the displacement or substitution of one type of worker for another, and we should take care to avoid potential discrimination against young people. 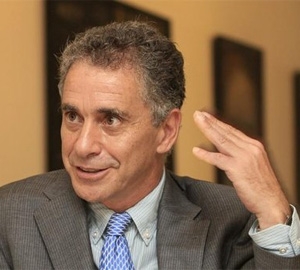 Guillermo Dema Rey. Spanish. Specialist in Development Cooperation. He has a degree in Contemporary History from the Universidad Complutense in Madrid, with higher education in Knowledge Management and in Development and Cooperation. He has worked professionally for the Union of Ibero-American Capital Cities and Casa de America in Madrid. He has been a conference speaker in different national and international forums on various subjects related to Decentralisation, State Reform, Child Labour, and promotion of decent work for young people. Since 1998 he has occupied various positions working as an ILO official. For his first ILO post he worked for the Regional Office of Lima (1998-October 2003), and later he occupied the post of Subregional Coordinator for the International Programme for the Eradication of Child Labour for Central America, the Dominican Republic, Haiti, and Mexico, in the Subregional Office for Central America. In November 2008 he joined the Regional Office of the ILO in Lima as regional specialist in child labour and the promotion of youth employment.